A Few Notes About the Instructors 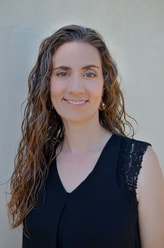 The founder of Dawn’s Piano Studio, Dawn Smith Salmons has been teaching piano in Orlando since 2002. She holds a B.A. in contemporary music ministry, with an emphasis in voice and piano, from Spring Arbor University and a Master's of Divinity degree from Asbury Theological Seminary. In 2009, she was recognized with the Young Leader Award from Spring Arbor University's alumni association. Dawn has accompanied and performed with various groups including bands, jazz bands, choirs, a ska band called The Smoothies, and WellSpring (Spring Arbor University’s traveling ensemble), in which she was the primary keyboard player. She has been the worship assistant for River Run Christian Church, the worship pastor at The Harbour Church, and is currently the worship leader at Asbury Seminary. In addition, she writes music, leads worship, consults and performs for a variety of venues and events including churches, camps, retreats, and conferences. Dawn believes that piano is best taught from many different angles so she focuses on combining note-reading with theory, ear-training, and chord playing. When put together, this well-rounded type of study helps students become pianists who are able to play many different styles with great understanding. Dawn’s students are encouraged to make suggestions about song selection so that they remain focused and move forward while learning songs that they specifically enjoy. Dawn enjoys watching students progress and her goal is for all students to grow in their understanding, ability, and love of the piano! In addition to music, Dawn loves to hang out with her three children and her husband, Blair! An accomplished pianist, Mckenzie Alons started taking piano seriously at the age of 12 and by the age of 15 was playing with the Colorado Springs Youth Symphony. She went on to study at Southeastern University, where she graduated summa cum laude with a B.A. in Music and a B.A. in English. While there, she actively performed in both solo and ensemble settings, including a performance with the string orchestra as part of the university’s 2019 Christmas Concert, as a soloist for Afternoon Melody (a recital featuring select students), and as an accompanist for string players, vocalists, the orchestra, the band, and chamber ensembles. She was also a tutor in all levels of music and aural theory; a teaching assistant in music theory classes; and the editor-in-chief for The Oracle, Southeastern’s academic journal, where she was a mentor and trainer for incoming editors. She combined her love of music and English in her published honors thesis, which studied the relationship between language and music in Shakespeare’s “Hamlet” and Liszt’s adaptation of the work. Mckenzie’s favorite performances include the celeste part to Tchaikovsky’s Nutcracker Ballet with the Colorado Springs Youth Symphony; cello-and-piano sonatas by Beethoven, Prokofiev, and Shostakovich; the piano part to the orchestral-choral piece “One More Minute” by Hollywood music composer Joseph DeBeasi; and her senior recital performance of Liszt’s Sonata in B Minor. In addition to her work as a piano instructor, Mckenzie is a piano accompanist, freelance writer/editor, and a highly rated English tutor. She is passionate about helping students find their potential, develop confidence and inspiration, and achieve their goals through their musical and academic abilities!

​A lifelong musician, Mary Glass has dedicated much of her life to sharing her love and passion for music. She grew up playing piano with her grandmother, who helped develop her deep love and passion for the instrument. After continuing lessons throughout her school years, she attended Valparaiso University, where she graduated summa cum laude with a B.A. in Music Education. While there, she participated in a variety of musical ensembles, including the Bach Festival Choir and the Valparaiso University Chorale, and was the Children’s Bell and Choir Director at First United Methodist Church of Valparaiso. After graduating, she worked at Gavit Middle/High School, where she developed the choral program to include five different choirs and extracurricular choral opportunities. Upon returning to Orlando, she worked as a preschool teacher at Lifesong Church, where she integrated music into students’ daily activities, and has taught piano privately. Mary’s additional experience includes serving on multiple worship teams, working as the Director of Children’s Choirs in a variety of church settings, developing a summer music camp for Lifesong Church, teaching group piano lessons at University Worship (University Carillon UMC), and, since 2018, participating in the Rollins College Bach Festival Choral Society (a group she also had the honor of being part of as a child!). She enjoys composing her own piano music as well. In addition to her teaching and performing, she is also a devoted mother of three young children. Mary is excited to help foster the same love and sense of home in her students that music instills in her! Keegan Matthews joined Dawn’s Piano Studio in 2011 with experience in a wide variety of musical areas. He began his musical studies on euphonium but switched his focus to piano after a group piano class in high school. He holds an associate’s degree in Music Education from Seminole State College of Florida and a bachelor’s degree in Jazz Piano Studies from the University of Central Florida. While at Seminole State, he was a mentor in music theory and piano for other students in classical and jazz music, music theory, improvisation, and piano technique and performance. He has won awards in multiple competitions and has performed with notable musicians such as Bobby Koeble, Jeff Rupert, Richard Drexler, Roosevelt Collier, Anthony Cole, Linda Cole, and Matt Lapham. Currently, Keegan performs weekly with The Orlando Jazz Orchestra, the funky-Latin quartet Con Leche, the Get 2nds, and Orlando’s up and coming band Leisure Chief. He is also a composer/arranger who has his music performed throughout Central Florida. Keegan loves teaching piano and is passionate about each student finding their own interests in their study. He has seen a positive impact in his own life as a result of his piano studies and wants to pass that on to his students. 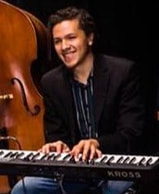 Patrick Moreno began studying music at the age of 12. After a brief time learning guitar, he received a keyboard for his birthday and switched instruments. He continued to study through college and received a minor in music from UCF in 2016, where he played in various school ensembles, including jazz chamber groups, and studied music theory, sight singing, and composition. He received additional training through master classes with Richard Drexler and Per Danielsson and jazz clinics with Benny Golson, Dan Miller, Addison Frei, Harry Allen, and Catherine Russell. Patrick is also an experienced performer. He has played with the Sanford Jazz Ensemble, the School of Performing Arts (Maitland), Soul Funktion, the Sweet Talkers, Holey Miss Moley, the Steamin’ Trio, Two Party System, the Christian Ryan Trio, his own jazz-pop band Honeypot, and several other local and regional artists. He is a substitute/sit-in pianist for various local music acts as well. In addition to his performing, Patrick has taught piano in Oviedo for several years and spends a great deal of time composing and arranging. Patrick is passionate about helping his students enjoy learning piano and he hopes that his teaching will inspire them to achieve a greater understanding of music as both an art and a language. 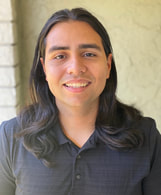 ​A native of Jacksonville, Florida, Marcinko Orozco began learning piano at age 11. In 2009, he began studying under renowned pianist Dr. Boril Ivanov. He went on to study at Florida State College at Jacksonville, where he received an A.A. in Music with a focus on piano and theory. In 2015, Marcinko moved to Winter Park to attend Rollins College, where he received his B.A. in Music with a focus in Composition and Piano Performance. While a Rollins student, he studied piano and music theory pedagogy extensively under the direction of Dr. Gloria Cook and Dr. Daniel Crozier and performed both piano and composition recitals. He has also taken master classes with Lise de la Salle and Marvin Blickenstaff. Marcinko performed as a solo artist at San Jose Country Club, provided accompaniment for FSCJ's production of Jacque Brel is Alive and Well and Living in Paris, and played with the FSCJ’s President's Jazz Combo. He was the pianist for the Rollins Chamber Ensemble and the Rollins Acoustic Ensemble, a conductor for Vespers at Knowles Chapel, and a tenor in the Rollins College Choir. In 2018, he was awarded the Ralph Lyman Baldwin Award for Outstanding Achievement in Composition. In addition to performing, Marcinko has a real love for teaching and connecting with students. While at both of his undergraduate institutions he was a music theory and piano tutor and he has taught private piano lessons around the greater Orlando area. He is also a well-loved and sought after tennis instructor at the Interlachen Country Club in Winter Park. A passionate and creative teacher, Marcinko is committed to helping each student love their lessons and reach their greatest potential as a pianist. 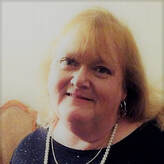 Libby Sellers started playing the piano at a young age with her mother as her first piano teacher! An organist and pianist, she holds a Bachelors Degree in Music Education and Piano Pedagogy from East Carolina University in Greenville, N.C. and was a student of Dr. Henry Doskey, a protégée of William Gillock and Menahem Pressler.  Some of the highlights of her undergraduate years were being selected as a semi-finalist in the ECU Young Artist’s Competition and being inducted into Pi Kappa Lambda, the National Music Honor Society. Libby spent thirty-three years teaching choral and general music at schools in North Carolina and Orlando and has been a music director at several Orlando area churches. Now she is excited to spend more time teaching students how to play her favorite instrument. Libby enjoys sharing the joy of music with her students and watching them grow as they learn about music and increase their piano playing skills. As an educator, she has learned that playing the piano has many benefits: it helps students develop good critical thinking and problem solving skills as they learn to read and analyze the music, gives students a sense of accomplishment as they meet their weekly practice goals, and creates a sense of confidence in students as they see themselves improve and move on to new and more difficult pieces. In addition to her teaching, Libby is on staff at St. Mary of the Lakes Catholic Church and also plays for theater productions. A sought-out musician, you will be captured by her talent, excitement, and enthusiasm!